The Place of Arts in Education ~ UR Ananthamurthy

UR Ananthamurthy, a recipient of the prestigious Jnanpith Award, is a leading contemporary writer and critic in Kannada language and considered as one of the most important representatives of the Navya movement.


Schools should be a place where you allow the arts, where you make use of the skills which are already there in children. When I recently visited a school in my village, Tirthahalli, I was requested to teach a class. The children were very diffident and needed to be prompted and encouraged to tell a story. One particular boy stood out. He told a story, of course, but I remember him because he used several languages and dialects to tell it. He was a Sindhi child whose family had settled down in Karnataka, so he freely and unselfconsciously used all the languages he was familiar with. To me, he was the most intelligent child in the school. As a teacher, and a practical man, I would like to change two things: first, the very concept of “intelligence”.

We are now concerned with the vast number of children who drop out of schools in all the backward areas. This happens because there is a different kind of abstract thinking and information generation that we teach in schools which cannot be handled by a large number of children who live very simply, close to nature. These are the children who fail. If the arts are brought in such as singing, dancing, storytelling I am convinced there would be fewer dropouts because these activities are joyful. Children enjoy them. And there is a bit of these forms in every child. Most children play with words, for instance. Words are not instrumental for them, as they may be for adults. They are things to play with. Thus, work itself must be projected as joyful; work must be joyful. This is because the energy, creativity and expressions for any purpose produce joy, and joy is something that produces knowledge. Many mathematicians, for instance, do mathematics because it gives them immense joy. When the concept of intelligence includes only mathematical and linguistic skills, and only these are assessed at the cost of other intelligences then it is a problem. All other skills should also be assessed as intelligence. This will be a revolution in primary schools. There is no point in debating whether the arts should be extracurricular or co-curricular; they must be part of the curriculum.

Schools should be a place where you allow the arts, where you make use of the skills which are already there in children. Assessment must be of the skills required for capitalism; but they must also assess skills which are necessary for living. As a teacher, I always felt that my job was to produce a current against the main current. I chose to read and teach books which would make students think differently from what other people think - for example, Hard Times by Charles Dickens. Teachers have to be taught to do this to encourage children who will be capable of critiquing and criticizing the system and of going against it when necessary.


A child spends a lot of time in school and this is why the arts should be integrated into the curriculum. One way to do this is through storytelling. Panchayats should identify old men and women who are good storytellers and they can become roving teachers, going from school to school as “resource persons”, telling stories to children. In trying to improve the quality of education, we must also think about what influences children's minds. Nowadays, most children watch television. We must learn to engage with television in our environment. Look at how literature became a discipline. When the printing press came into existence and books began to become available on a mass scale, everyone began to read, and people began to discuss what they read. Hence the critical study of what people read became a subject in schools. We must learn from this by setting aside some time every day in class to discuss what children have watched the previous day on television. Critical skills can be developed by the assessment they make of their own experiences watching various programmes what they liked, what they disliked, what was “good”, what was “bad”. Otherwise television will be very damaging for obvious reasons. Good schools must also have libraries with audio visual material, in addition to books, particularly in urban areas where the invasion of television is much more. One point I must emphasize is something that has become a passion for me for the past so many years that I speak about it everywhere. 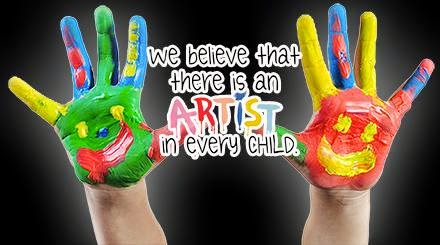 We must push for common schools, at least up to the tenth standard. There is a crisis in education because of the proliferation of private schools which teach in English, where other children are from the same class and background. This homogeneity is hardly a learning environment for children. And if children don't learn from their environment, they don't learn anything. You will not come across the real intelligence of this country which lies with the marginalized and repressed groups. I am not romanticizing them. They have other knowledge- of songs, different dance forms, crafts and we need to bring this knowledge into our system. How is this possible without ensuring the diversity in the classrooms and the schools themselves? In a country of such diversity, if children can learn and grow together until they are about fourteen years of age, then this is not a romance but a revolution! 50% of all private school seats must be given to children from the immediate neighborhood, regardless of background of the children, and the government should pay for the education of those who cannot afford the fees of such private schools.


The second idea which we should change is how we conceptualize school itself. It is not a place where knowledge is imparted but where it is created. The fact that the earth has gravity is not just information for a child, but something that is experienced and therefore becomes knowledge this is the first time she is confronting this knowledge. When we talk about assessment, I think we should abolish the SSLC examination and have continuous assessment not just of the child but also self-assessment by the teacher. There are children who are slow learners in some subjects but very quick in others. Once a minimum, survival level of all basic subjects is attained (and I include mathematics in this), once the level of knowledge has been achieved where the child can live as a civilized being in this world then the child must be free to pursue those interests or subjects she is particularly good at or is interested in. Extraordinary aptitude for, or interest in, something should not be constrained by the system but channeled by it. Someone remarked recently, I think it was Sunil Ganguly, that soon all the fortunate people will learn English, become anglicized, and be unable to speak or understand any other language. The Sindhi boy who told a story in so many languages will become a rarity.

Hi there! I am Hung Duy and I am a true enthusiast in the areas of SEO and web design. In my personal life I spend time on photography, mountain climbing, snorkeling and dirt bike riding.
«