"Escape from Childhood" - John Holt : A Book Review by Aditya 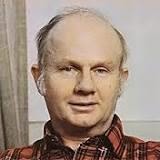 As any other book of John Holt, a profound thinker, prolific writer and a relentless education reformer, “Escape from childhood” is close to captivating. The book effectively brings out the most disguised and subtle forms of discrimination towards children. The examples describing the plight of children are quite disturbing and eye opening.

The author discusses every problem that childhood is plagued with, and exposes us to the trials and tribulations of childhood. In that sense, Escape from Childhood is an illuminating work aiming to explore the knotty dimensions of childhood and discusses progressive ways of child upbringing. In his book John Holt advocates a broader definition of childhood, inclusive of political and economic rights for children. The author makes a commendable effort of traveling beyond the stereo typical issues on childhood like child abuse and corporal punishments.


The book urges every one to treat the child not as a child but as an adult. He says that the discrimination towards a child is difficult to identify as it is often disguised in the form of love. He questions even gestures like cuddling a child saying that it shows disrespect to a child. The striking thought of this book is the strong denial of childhood as a wonderful dream. So long as the child is treated as the child, the child will be denied his rightful share in rights, responsibilities and resources, author asserts.


If the institution of childhood itself is not seen as an institution then we are denying them their rights, responsibilities and a meaningful role in society. He advocates twelve fundamental rights for all children: right to vote, to work, to own property, to travel, to choose one's guardian, to a guaranteed income, to legal and financial responsibility, to control ones learning, to use drugs and to drive. John Holt advocates the right to vote for every one irrespective of age. He argues that there are no indicators to quantify the awareness levels of present day voter.

By not giving their due share, he questions, how different it is from taxation without representation. Not one to stop at that, Holt also advocates that children should be sanctioned the right to work. He says by denying children right to work, we are denying them the right to possess an independent source of income. This way the child depends on parents for every thing and remains a meek individual. That the children may be employed in hazardous industries, or it would be an impede their education, or that the children may have to work with strange people, are all irrelevant in Holt's understanding.

In fact he also questions the notion of home being a secured environment. He argues that it is work that ensures children income which can keep some of them away from resorting to unlawful activities for money, and he urges to let the children decide for themselves whether or not education is an important activity. His views on right to work, travel and learning are absolutely feasible, even though the state may never grant a formal right to that extent.


Another striking omission is the role for teachers in creating an environment which fosters learning without compulsions for children. The role of a teacher cannot be wished away as schooling still occupies a significant portion of a child's life. It is highly unlikely that the parents embrace the “learning without schooling” idea of John Holt. Drawing from my own bitter experiences with schooling,

I would completely agree with John Holts de-schooling philosophy. But I still assert that it takes the whole pacific to flow under the bridge to get to the point of implementing de-schooling in a big way. Till then shouldn't we need to work with the teacher to make his role meaningful in the child's life? Surprisingly the author doesn't give enough space to the role of teachers corresponding to the space they occupy in the lives of present day children. Even if parents turn to that idea in big numbers down the line, till that time, the teacher will remain a force to reckon with in child's life.

There may be some blanket statements, striking omissions and some unconvincing solutions, but the book is a passionate account of childhood issues. His eloquent writing, lucid thinking, and his genuine love towards children are reflected in every line of the book. John Holt's immense interest in children helped him to bring out the minutest detail that may bother the child.

John Holt's “Escape from childhood” is an essential for everyone whose lives remain intricately entwined with the development of children. Aditya, Member, Research and Documentation Team, Azim Premji Foundation reviewed this book in a Magazine.

Hi there! I am Hung Duy and I am a true enthusiast in the areas of SEO and web design. In my personal life I spend time on photography, mountain climbing, snorkeling and dirt bike riding.
«